So you’ve decided to come to Barbados? Great choice! This beautiful Caribbean island has no shortage of pristine beaches, lush greenery, and rum! It was once colonized by the British and is now a very popular vacation destination as it has something for everyone at all ages!

Here are some things not to miss if you make it to the island!

On the West Coast of the island lies the infamous Sandy Lane Beach. This beach is much more pristine than the other beaches on the island…maybe because Rihanna’s mansion is right there on the water! You can even peep in from outside and see the luxurious castle of Queen RiRi. There have been several other celebrity sightings at Sandy Lane too. People from around the world flock to Sandy Lane as the waters are bright blue, crystal clear, and calm. It’s the perfect place to relax, order a pina colada, pop open a book, and soak up the sun. Sometimes, the surf isn’t too shabby here either. 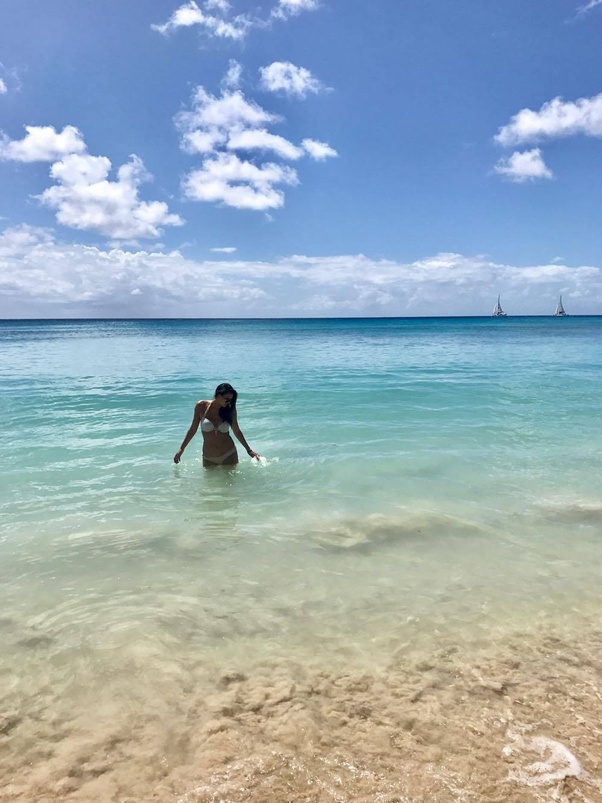 The Sandy Lane Hotel is a popular place to stay, but is not cheap! But, if you'd rather save my money for activities check out the B&B's nearby.

If you go to the Caribbean without doing a Catamaran cruise, does it even really count? In Barbados, Cool Runnings is the way to go.

A full day of sailing with music, all-you-can-drink alcoholic (or non-alcoholic) drinks, a delicious buffet, and stops where you can swim/snorkel with sea turtles, and free dive a sunken ship!

Towards the end of the sail, the captain anchors the boat near Sandy Lane where people have the option to get off and relax on land. Sailing back into the dock, the boat tends to turn into a massive dance party, so don’t feel shy to shake it...everyone's been drinking anyway and no one is judging you. :)

The staff at Cool Runnings are friendly, tentative, and just want to make sure you’re having a great time! We suggest asking to sail with Ed (the Captain of the boat)…he knows how to throw a boat party. 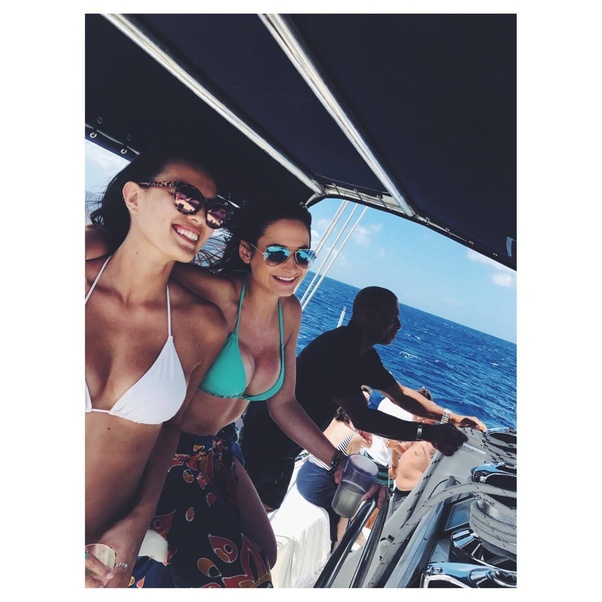 At the North End of the Island lies the Animal Flower Cave. This stunning cave has an opening rock formation that offers views of rough Atlantic Ocean waves smashing against cliffs of the north end. It costs $20 to enter and you don’t need a reservation prior. To get into the cave, it requires you to walk down a steep latter and you cannot enter without a guide. This cave has a beautiful open space but be careful, as the ground may be slippery! There is also a section of the cave where you are able to swim up to the edge.

When you exit the cave, make sure to walk around the cliffs! There are some beautiful views. 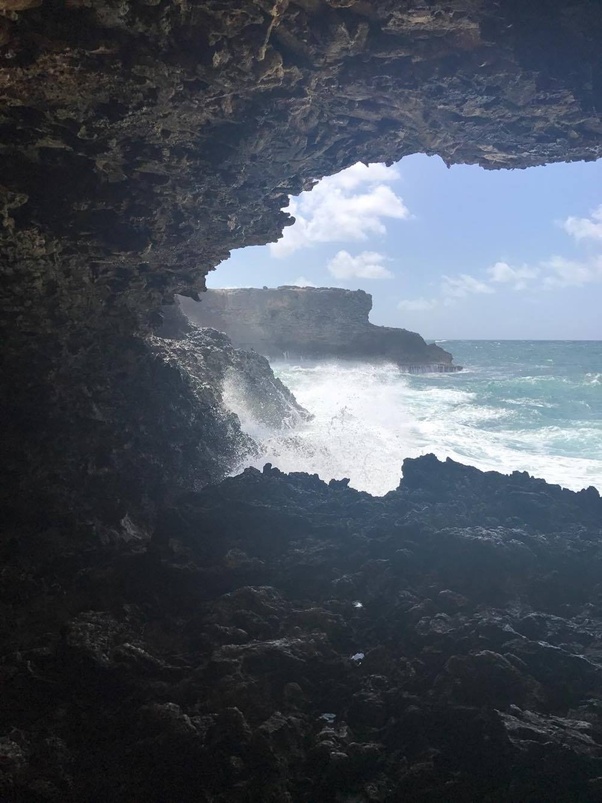 East Coast Drive Along + Side Bar

The West Coast is known for relaxing, beautiful, clear, calm beaches but the East Coast is a different story. The Atlantic Ocean hits the East Coast of Barbados where the waves (coming straight from Africa) are rough and the currents are too strong to swim in. It’s actually completely opposite from the West Coast, but beautiful in its own way. We suggest renting a car and doing the drive along the East Coast, with as many stops along the way as possible Many of the beaches are empty and there are a million great photo ops!

A popular spot amongst the locals on the East Coast is Side Bar. Pop in for some fried fish and rice and a beer!

Barbados is not just beaches! This island has beautiful greenery as well. There are a few places to check out the jungle-ish portion of the island but we suggest the Welchman Hull Gully. It is a bit of a journey to get there (especially by the local bus!) but it’s totally worth it. On top of high hills, overlooking the ocean, the Welchman Hull Gully is a great place for a walk down lush trails and see wildlife (monkeys!). 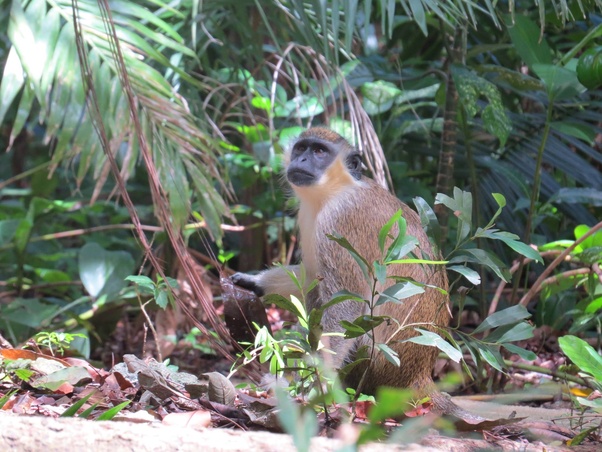 It is also close to the popular Harrisons Cave! We didn’t go in there because the there were large groups coming in and out and we prefer exploring alone or with small groups. However, it may be worth popping in!

Barbados is famous for its rum and there are a few places where you can see how the rum is made. St. Nicholas Abbey is by far the most beautiful. This hidden gem looks and feels like an old Victorian mansion…but filled with rum. We're talking rum that’s been aged anywhere from 5 to 18 years in wooden barrels. It’s divine. 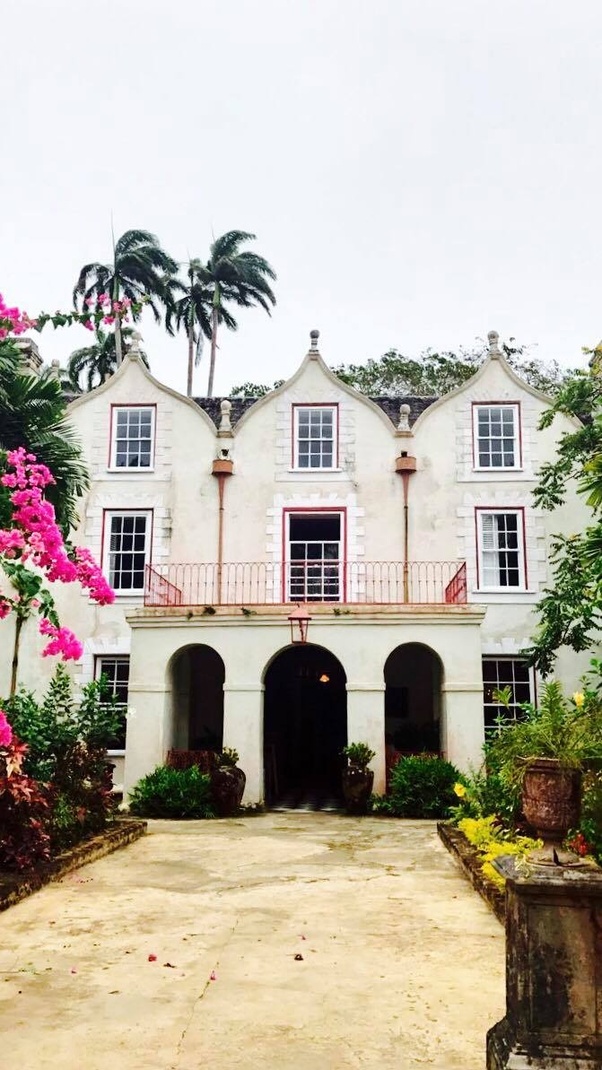 South of the island is the famous Oistins Fish Fry Market (only open on weekends!). This place is gets crowded on Friday nights and is popular amongst both locals and tourists. There are several set-ups to sit and enjoy local fried fish and there is also live reggae music. Expect there to be lots of dancing, lots of drinking, and lots of chilling out.

The reason why we am highlighting Crane Beach is because of three reasons:

1- great surf (if you’re into that sorta stuff)

3-there’s a spot where you can cliff jump!

We went to Crane Beach for the cliff jumping alone, and it was awesome. When you get there, walk all the way to the end of the beach, and you will see the cliff we're talking about. There are man-made stairs to walk up to a jumping point, and it almost seems as if there once was a building up there or something because the cliff does look like it has old brick formations. Anyway, make sure the tide is high enough before you jump...and this is at your own risk! 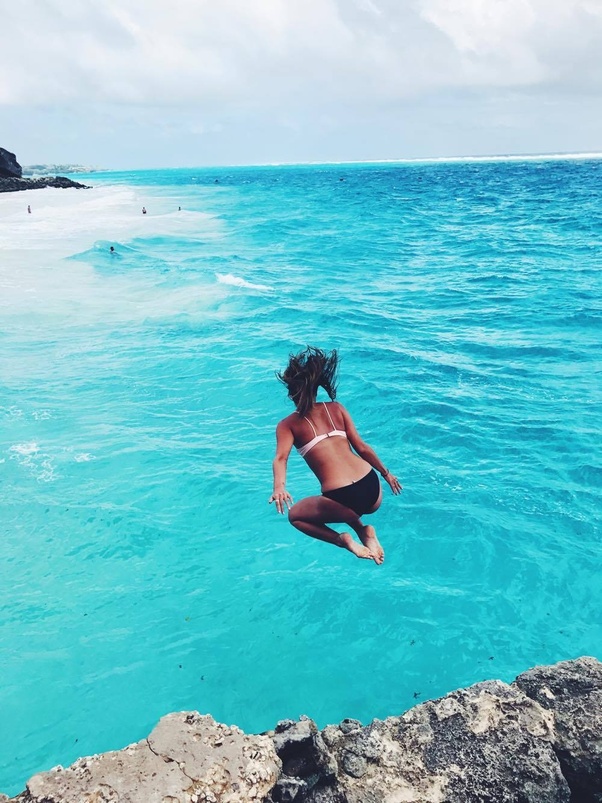 Other Barbados Adventures Worth Noting:

Some Restaurants I Suggest: